How the village of Eden Mills is approaching complete carbon neutrality

Eden Mills – Back to the Garden

Charles Simon’s article on “It Takes A Village”

Membership guide of the Ontario Association of Architects
February, 2015

By Phil Gravelle
Erin Insight (As published in the Erin Advocate)
November 30, 2011

Veggies and sense of community growing in Eden Mills

New carbon neutral handbook to be launched at Writers’ Festival…

Books are nothing new at the Eden Mills Writers’ Festival. But this weekend’s literary event will include the launch of a homegrown publication about the village’s carbon-neutral project …

By Vaniglia Baily
The Ontarion
November 6, 2008

The quest of the people of Eden Mills, Ontario to become the first carbon neutral community on the continent… [link no longer available] 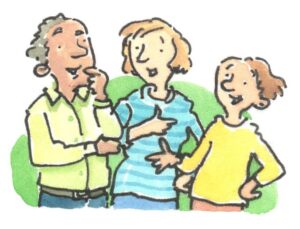 “Never doubt that a small group of thoughtful committed citizens can change the world; indeed it is the only thing that ever has.” – Margaret Mead

“I’d put my money on the sun and solar energy. What a source of power. I hope we don’t wait ’til oil and coal run out before we tackle that.” – Thomas Edison